LIVE on ESPN and ESPN Deportes 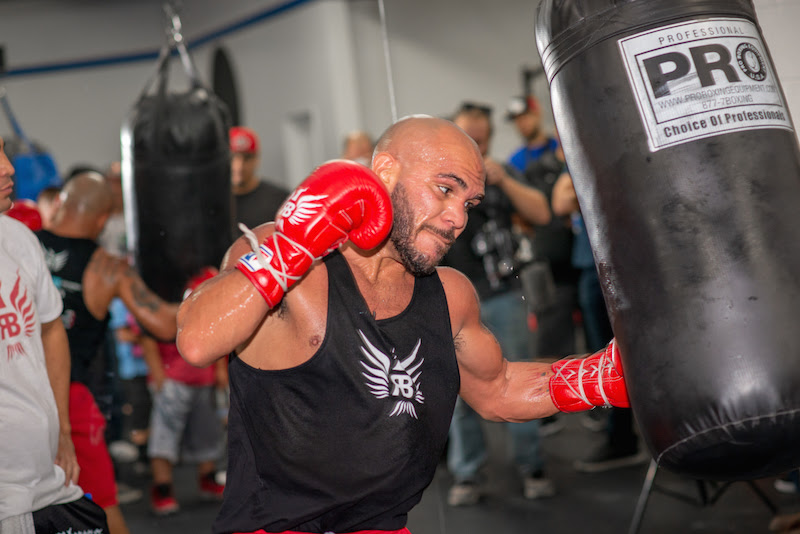 (Aug. 6, 2018) — Ray Beltran scratched and clawed and spent nearly 19 years as a pro boxer before earning his first world title. He outpointed Paulus Moses on Feb. 16 in Reno, Nevada, to win the vacant WBO Lightweight title, a lifelong dream finally fulfilled. A native of Los Mochis, Mexico, Beltran is now a proud resident of Phoenix, a short drive from where he will make his first title defense.

Beltran (35-7-1, 21 KOs) will defend his title against former 130-pound world champion Jose “Sniper” Pedraza as the headliner of an ESPN-televised card, Aug. 25 at the Gila River Area in Glendale, Arizona.

Beltran returned home Saturday for a full slate of media activities, including an open workout at Gent’s Boxing Club in Glendale and as a guest broadcaster for the second inning of the Arizona Diamondbacks Alumni Game.

This is what he had to say.

On his future: “Hopefully, we have another big fight coming up against {Vasiliy} Lomachenko. I’m pretty happy when I fight the best. I’ve had no easy fights in my boxing career. We made our own way. We made our own name. We got a contract with Top Rank after 20-something fights. Nobody created our record. I have a lot of knockouts, but I have more power than it looks like on {my record}. All the losses that I have, four or five were robberies. I’m ready. Right now, I’m focused on Pedraza, but we dream big.”

On fighting for Phoenix and Mexico: “I feel like my heart is in half. I feel like a Phoenix fighter, but I’m also a Mexican fighter from my hometown. I can’t believe what I’ve come from. I come from nothing. I come from a place where nobody is supposed to make it. I think it’s important that the people where I came from know about it, so they get the message — whatever you want to do in life, if you work hard, you can make a change.”

We got a contract with Top Rank after 20-something fights. Nobody created our record. – Ray Beltran, WBO World Lightweight Champion

On his opponent: “Pedraza is a former world champion. I believe he’s going to bring some heat. He’s going to come and fight hard to take the belt away from me. He bobs and moves around the ring a lot. He’s got good footwork, but we’ve been working at Wild Card with all different types of styles.”

All photos by Chas Wright