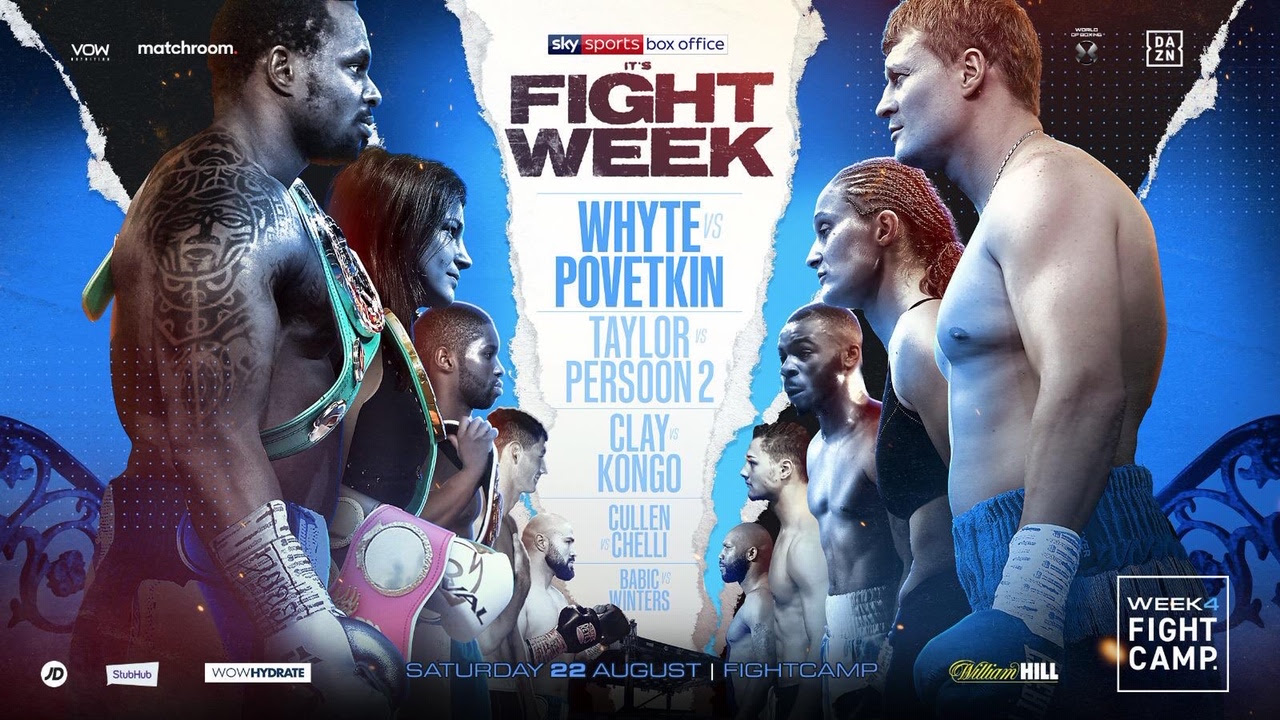 UNITED KINGDOM (August 22, 2020) — The arrival of the anticipated rematch between undisputed Lightweight champion Katie Taylor and Belgian Delfine Persoon, for some, had the usual concern about all sequels lingering over it. Could the Part Two live up to, or exceed, the expectations of the original? The June 2019 raised the bar pretty high.

Taylor, one of women’s boxing’s top Pound-For-Pound fighters, stated her desire to erase any doubts that surfaced about her superiority following the first victory. As for the rematch’s major themes, Persoon simply needed to show up and do what she does, while the onus to distance herself from the challenger was a literal and figurative matter for the champion.

From the outset of the bout Taylor had done her homework. Persoon’s start was a bit slow, while the champion found her rhythm almost immediately. For the entire 10 rounds, Taylor fought like the more polished fighter that she is, and with the exception of a few tighter moments in the second half of the fight, she controlled the action. Persoon battled through some serious early swelling on her right cheek, but she never managed a lengthy period of clear dominance in the fight. She rarely made Taylor uncomfortable this go around.

Taylor remained focused and fought sharply the majority of the bout. Most impressively, when the bout reached its 10th and final round the champion didn’t dance around and simply get her hand raised. She opened the round with great energy, and in the round’s second half she dominated Persoon inside at her own game. The judges delivered Taylor her definitive win with a unanimous decision, with one judge seeing the fight 98-93.

Taylor stepped towards the attacking 35-year old Persoon (44-3, 18 KOs) early in round two. The champion landed a shot to Persoon’s body ahead of clash of heads that broke up the action briefly. Moments later Persoon displayed a great deal of damage on her right cheek, and after more work from Taylor over the balance of the round, the injury was bleeding by round’s end.

Persoon opened round three stalking again. She landed a solid right hand on Taylor from distance. Taylor worked off of her back foot with good side-to-side upper body movement. She evaded Persoon’s punches and mixed in some left hooks to the challengers exposed body.

Persoon parried a punch from Taylor in opening moments of round four. In the round’s second half Taylor moved away before coming to a quick stop to connect with a right hand to the left side of the pursing Persoon’s face. Persoon acknowledged the craft.

On the attack to open round five, Persoon feinted to set up a left jab to Taylor’s body. Taylor’s strategies for Persoon’s pressure appeared to be depleted by the second minute. The challenger stalked and threw punches in bunches. Persoon finally created more of the type of action that she favors.

Taylor stood within distance in round six. Briefly the two exchanged shots toe-to-toe, but in a controlled fashion. The action still favored Persoon’s preference of real estate – inside with planted feet. But the champion managed to land shots inside of Persoon’s longer punches.

To open round seven Taylor’s game plan looked sharper to start. In the first minute she moved and countered well. Persoon got to Taylor over the second minute, and succeeded with applying her volume again.

Taylor went to return to action to start round eight with some significant swelling on the upper right side of her forehead. The action was back-and-forth until 30 seconds remained, when Persoon cracked Taylor with one her bigger flurries of the entire fight.

Taylor dropped a snapping 1-2 combination shortly into round nine. She responded to be admonished for standing and accepting Persoon’s inside fighting late in the previous round. Taylor boxed on her toes for the majority of the round, but Persoon’s pressure was effective over the last 30-45 seconds.

Taylor looked poised to open the 10th and final round – in comparison to her body language to open the same round in the first fight. Taylor landed the better punches in the first half of the round. In the second half, shockingly, Taylor pressed forward and fully embraced a prolonged toe-to-toe exchange. Whether Taylor spun out to get space, or stepped to Persoon slipping off and under the challenger’s shots, the champion solved all the problems Persoon’s attack presented.

The challenger never stepped back to signal any frustration, but the champion appeared to be on her way to retaining her titles in unanimous fashion. The cards were quickly compiled, and moments later the verdict of 98-93 and 96-94 twice confirmed the results of Taylor’s effort.

All photos by Mark Robinson/Matchroom Boxing