Jennings to take on Alexander Dimitrenko in 12-round main event 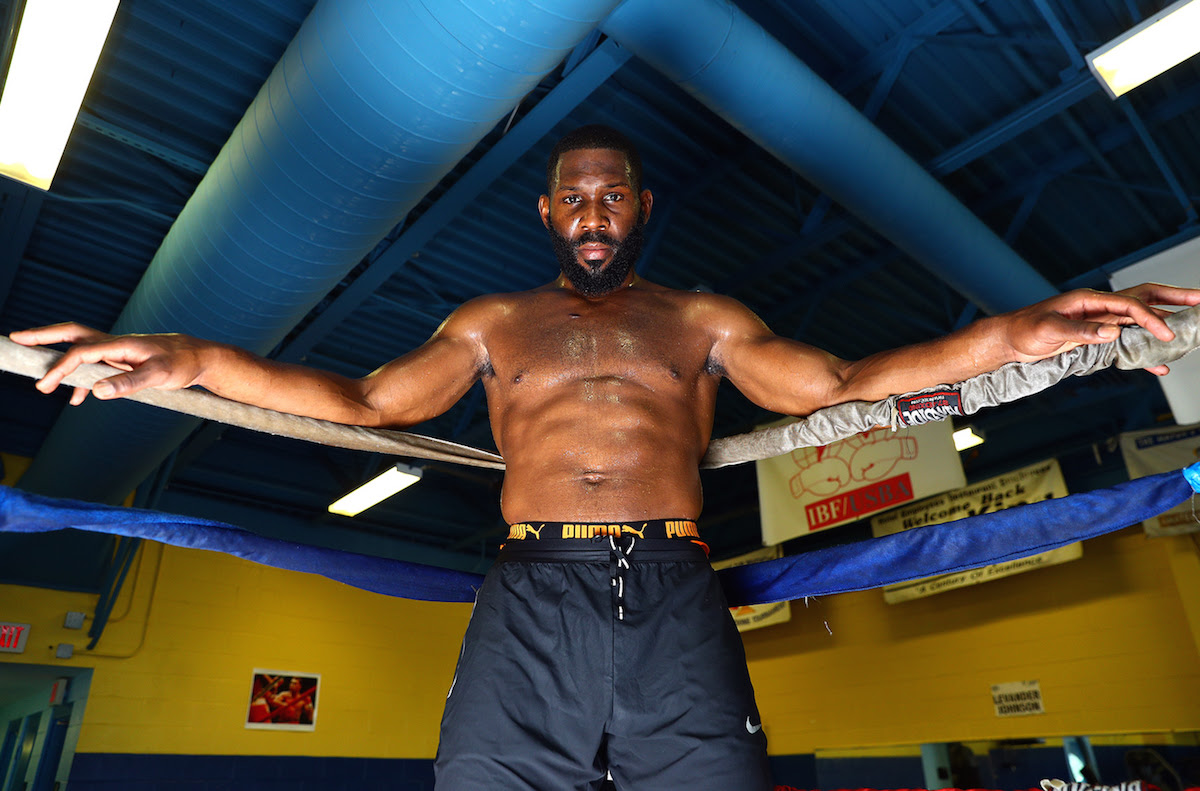 Jennings (23-2, 13 KOs), who challenged Wladimir Klitschko for the Heavyweight title in 2015, will face Alexander “Sascha” Dimitrenko (41-3, 26 KOs) on Saturday at the Ocean Resort Casino’s Ovation Hall in the 12-round main event. Hart (24-1, 20 KOs), who dropped a unanimous decision to Gilberto “Zurdo” Ramirez last year for the WBO Super Middleweight title, will face Mike Gavronski (24-2-1, 15 KOs) in the 10-round co-feature. With a win, he hopes to earn another shot at Ramirez.

Jennings-Dimitrenko and Hart-Gavronski will be televised LIVE on ESPN and ESPN Deportes at 10 p.m. ET. All undercard bouts, including 2016 U.S. Olympic silver medalist Shakur Stevenson (7-0, 4 KOs) against Carlos Ruiz (16-4-2, 6 KOs) in an eight-round featherweight bout, will be streamed on ESPN+ beginning at 7 p.m. ET.

At the Atlantic City PAL gym on Wednesday, many of the fighters from Saturday’s card worked out for the media. This is what they had to say.

On fighting Dimitrenko: “I’m expecting him to come out better than he did in his previous fights. I expect him to have the will to win, wanting to establish his name and his legacy.”

On being the ESPN headliner: “I try not to look at all that. I’m just glad that I’ve been fighting consistently and to still be ‘alive’ in this boxing game. All of those other things are great, absolutely wonderful.”

“I’m just grateful for the opportunity, grateful for the consistent fighting schedule. I’m just looking to win and climb the heavyweight ladder. I let everything fall into place once the results come in.”

“It is very important for me to be here, to fight live on ESPN against Jennings. I will do anything to win this fight. I am here to win this fight. I prepared myself very well. It’s an honor to fight here in America. Everybody watching will get a great show. Saturday night can’t come soon enough. I am ready to fight.”

On Mike Gavronski: “I have nothing derogatory to say about him. I think he’s alright. I don’t see anything special about him, but it is what it is.”

“I’m absolutely ecstatic. A lot of hard work has gone into this, but there’s more hard work to do. I need to keep my head in it, and that’s about it.”

On being the underdog: “I don’t even worry about that stuff. I’m just going to stick to what I know and do what I do.”

“I got a lot of family and friends coming. I plan on putting on a heck of a show. I feel like every time I’m on the east coast, I have my best performances. I’m coming off two straight knockouts, and I’m going to get my third in a row on Saturday night.”

“I feel like I’ve waited my whole life to win a world title. That would be a dream come true. I’m ready to move into the top 10 and take on anyone who has a belt.”

“I’m just worried about this fight. After that, I can sit back and relax and enjoy the rest of the show.”

“I’m fighting a guy who has been around. I’m ready for what he brings. I bring an exciting, fan-friendly style to the ring. I know I’ll have a ton of support from my family and friends.”

On fighting on ESPN in his hometown: “It feels great. They could’ve put anyone else on the card. I’m glad that they recognized all of the hard work that me as an individual put in to my craft, marketing myself, and the fan base that I bring to the table. On Saturday night, I’m going to perform in front of everybody. It’s a big platform. It’s pretty cool getting all of this notoriety and exposure and stuff, but I learned now not to let the hype get to me. I’m focused on what I have to focus on, and that’s my fight.”