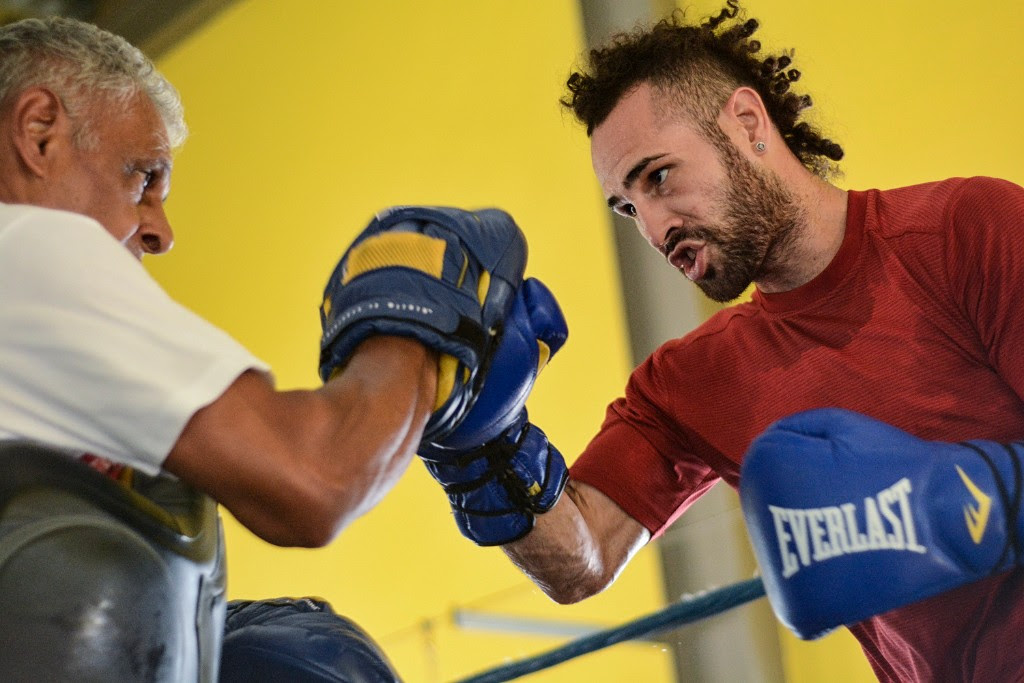 CIDRA, P.R. (Aug 8, 2018) – José “Sniper” Pedraza already knows how it feels to have a world title in his hands. Now, the former world champion guarantees he will experience that sensation again on Aug. 25 at the Gila River Arena in Glendale, Arizona.

Pedraza, who will depart for Las Vegas on Saturday to finish training camp, worked out for the Puerto Rican media Wednesday afternoon. This is what he had to say.

About his world title fight: “I feel very motivated, and I know I will have a great fight against Ray Beltran. He is a strong fighter who always leaves everything in the ring and battled for a long time until becoming a world champion. I know that this will be a classic war between Mexico and Puerto Rico.”

On what fans can expect from him on Aug. 25: “Fans can expect great boxing skills and a great victory from myself. I am focused on my career and on this fight. On Aug. 25, Puerto Rico will have a new world champion.”

All photos by Peter Amador/Top Rank